I’ve been so excited to post on the blog about Lisa and Tim’s October wedding in Milwaukee, WI. We had a fantastic time at their engagement session this spring. Lisa and Tim are active, outdoors people, very down to earth and we became fast friends. Their wedding day was no different. Just one night with their wedding party and guests it was obvious that they are surrounded with love in their lives, though they prefer to be the ones showering others rather than the ones at the center of attention. I left that night with many fun memories.

I met Lisa and Tim through a referral, so I was already looking forward to seeing Jeanne Hudon who I photographed some years back as part of the band Solset. But it turns out that I share more friends than I knew with Lisa and Tim. As I was waiting for the ceremony to begin I was shocked to run into an old friend who apparently played softball with our couple. First time that’s ever happened to me while shooting a wedding–no wonder I like them so much!

The ceremony took place at the Old Saint Mary Parish, just a few blocks away from the Pfister Hotel where the ladies got ready that morning and the reception was held later that evening. 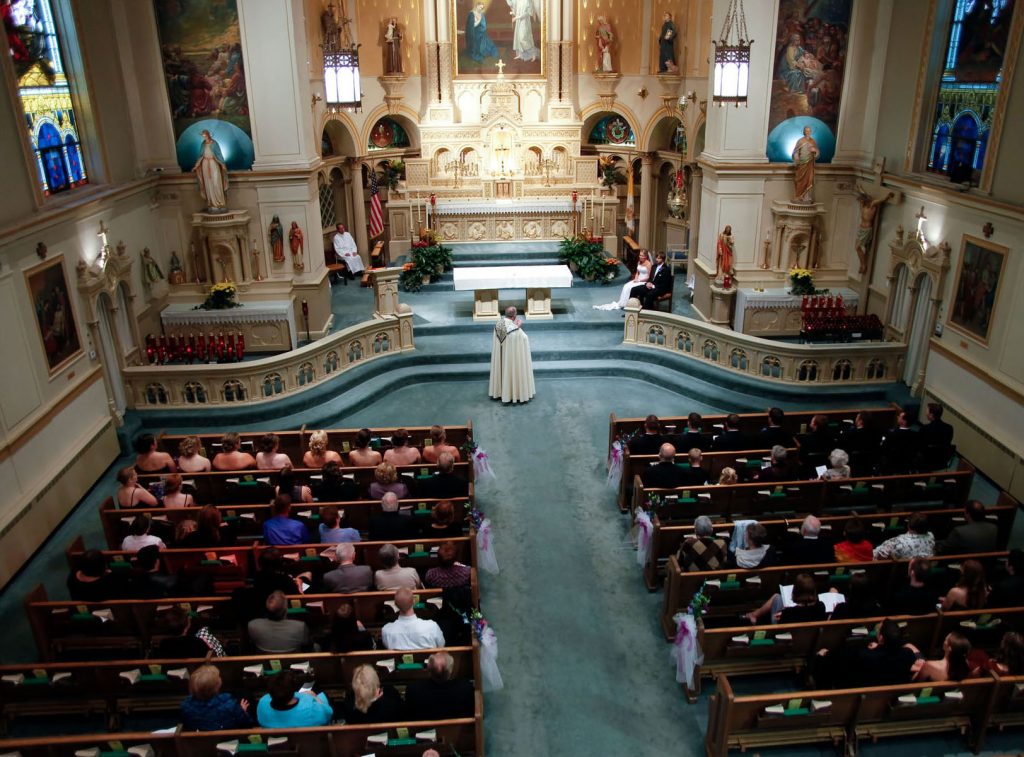 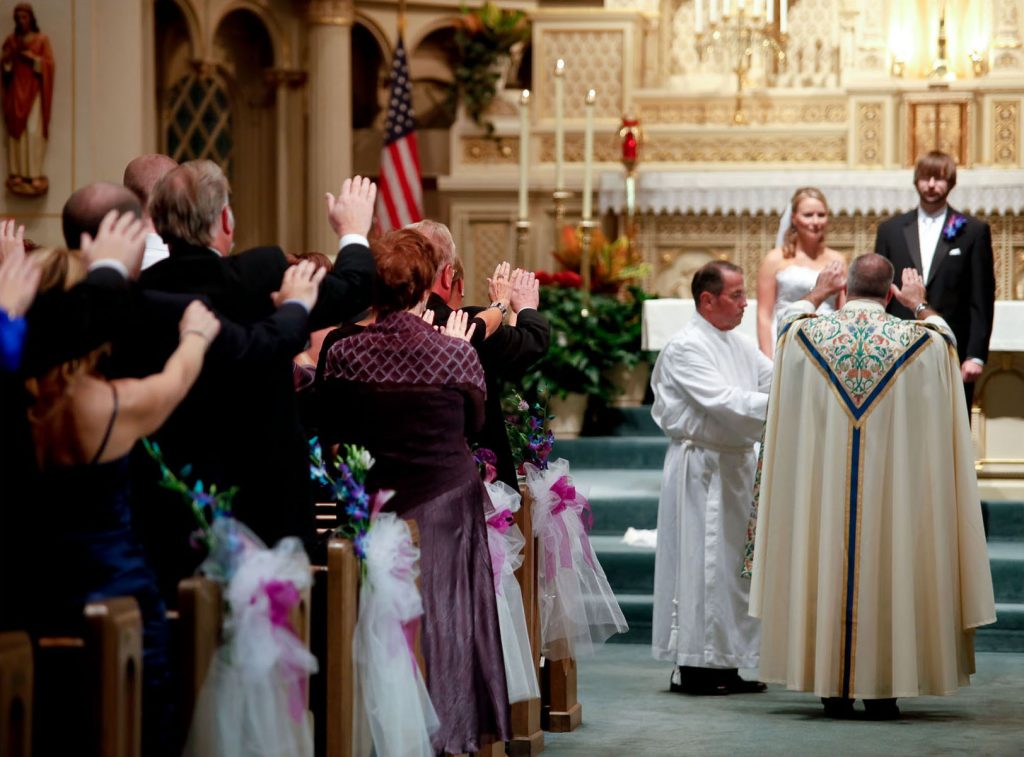 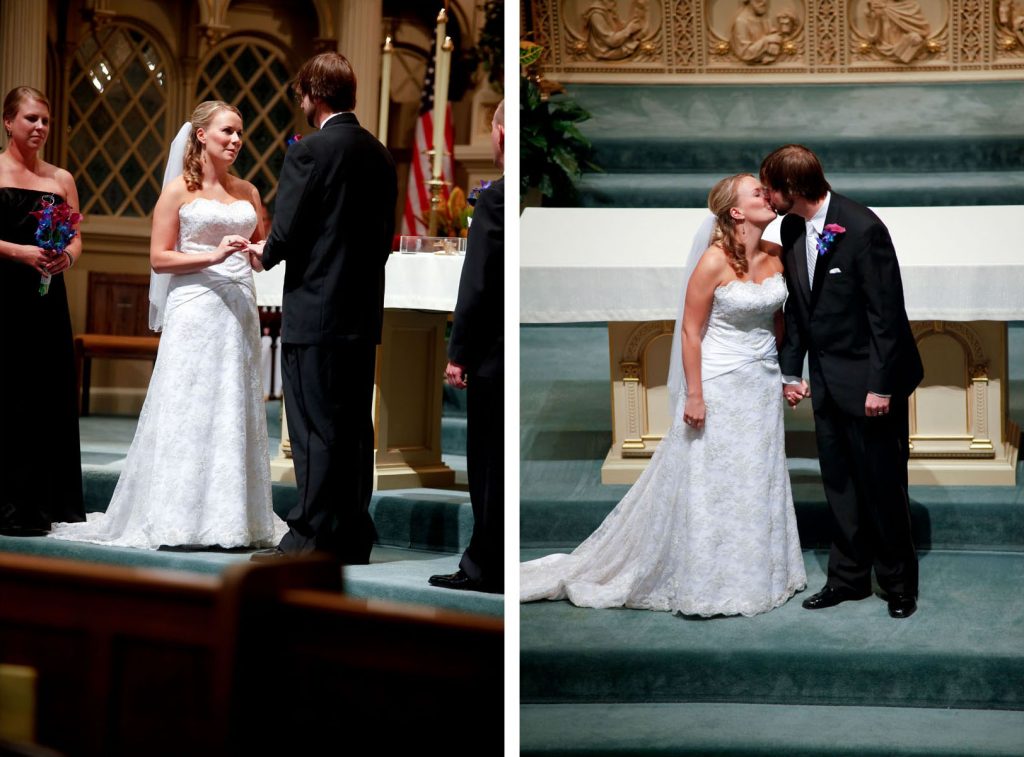 After the ceremony I boarded a trolley with the wedding party and headed out to Hubbard Park in Shorewood. There was a small crew of people already there setting up chairs for another wedding. Luckily we had about an hour to shoot before their guests would start arriving. The park was a buzz with people taking advantage of a beautiful fall day. 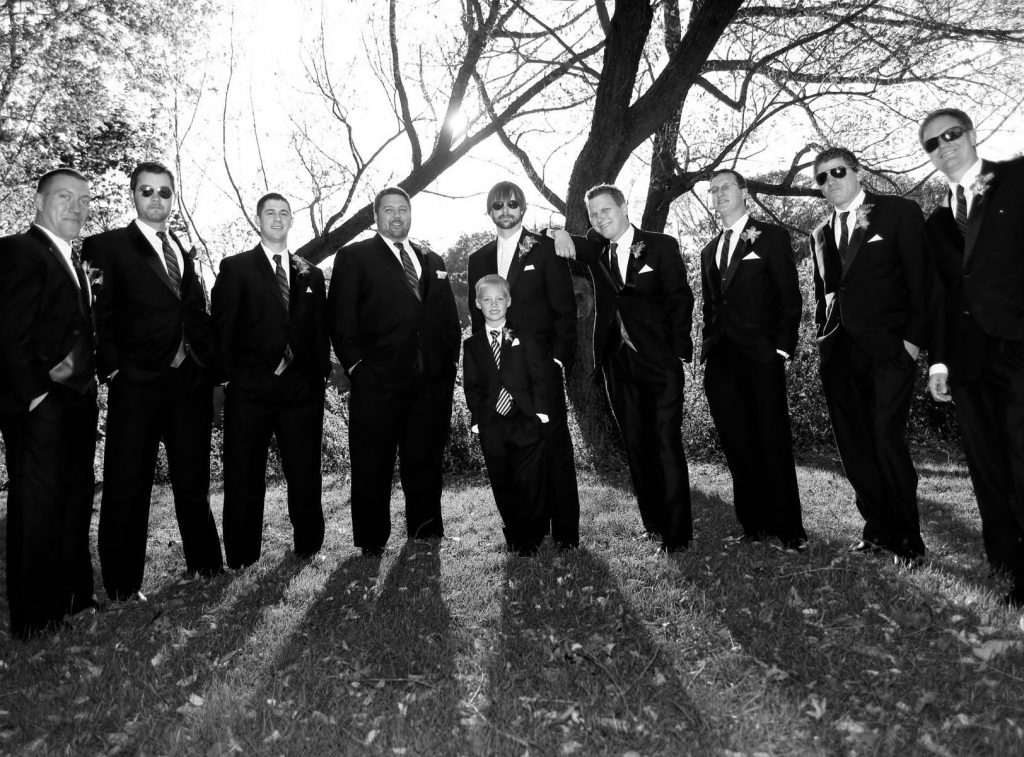 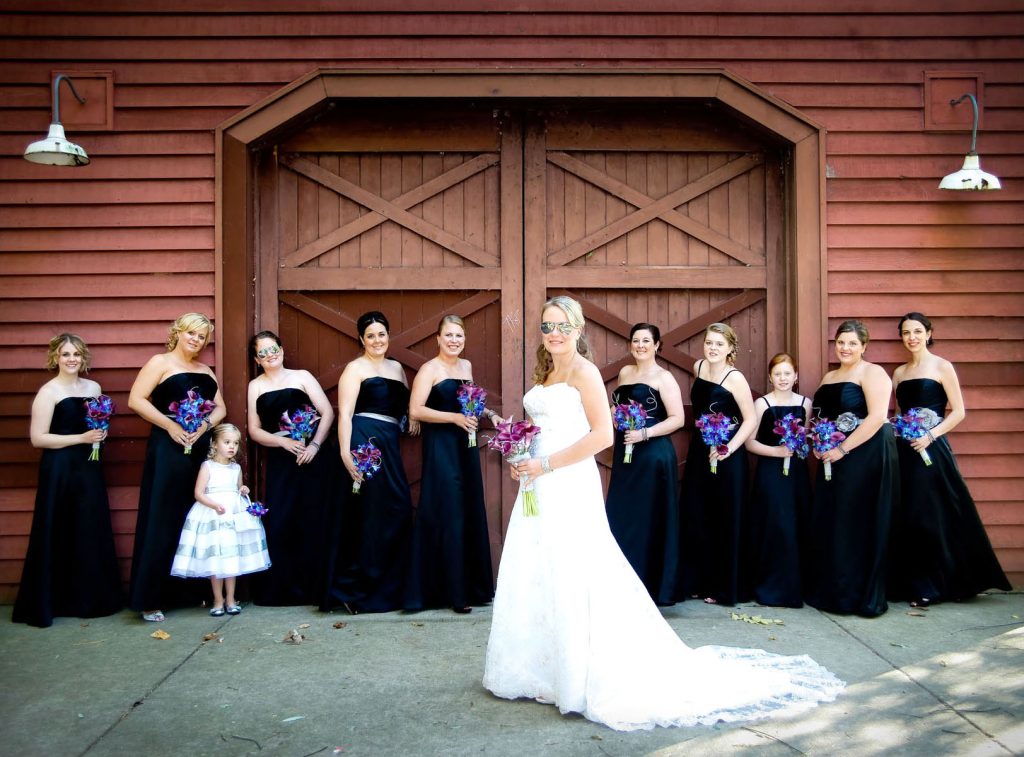 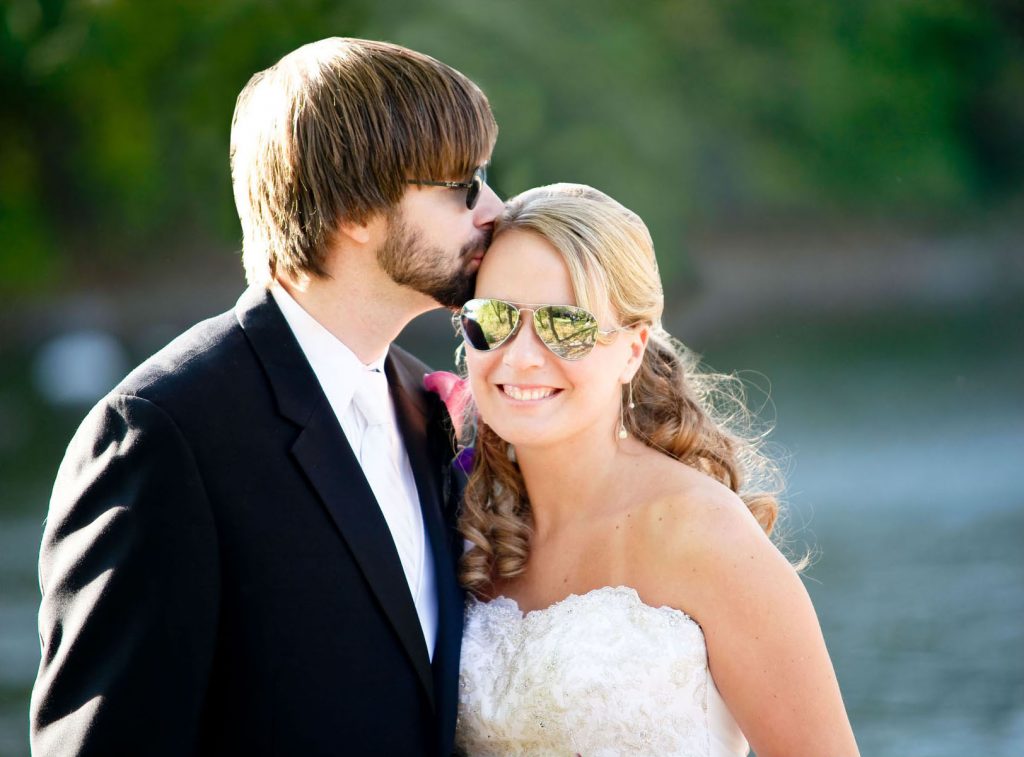 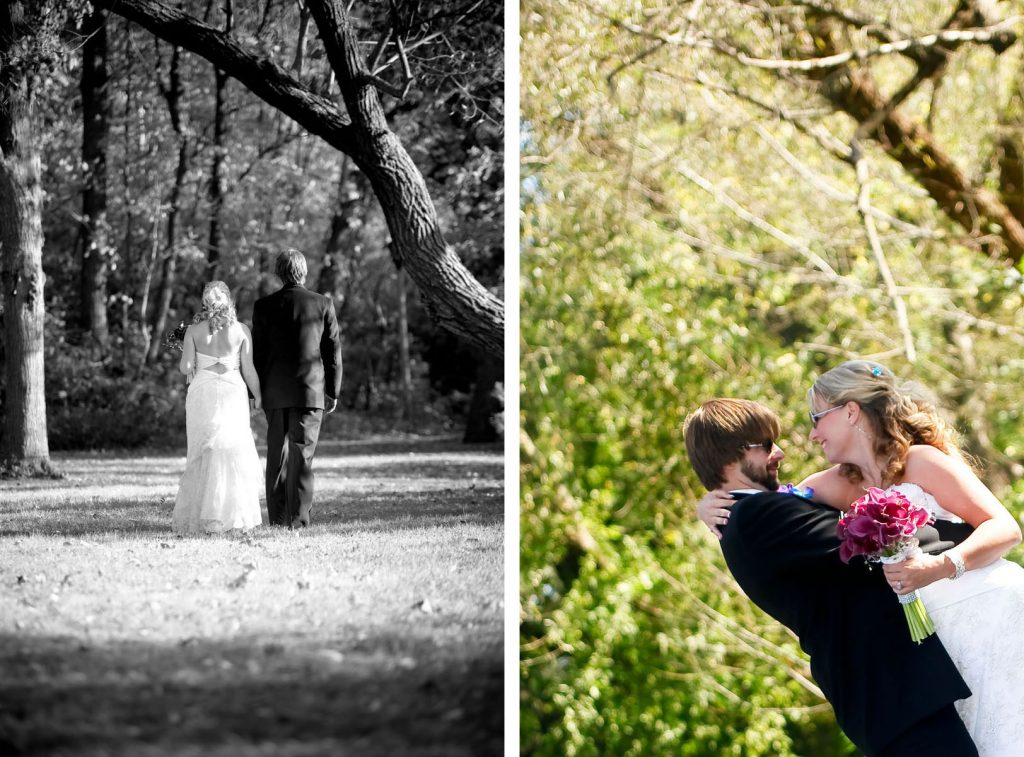 Tim forgot his glasses at the hotel and had to wear his prescription sunglasses throughout the shoot at the park. But no worries, because the bridal party came to his aid as though it were part of the uniform. I had never seen so many pairs of aviators on one trolley! Can you guess what song the DJ played as they all marched into the reception hall that night? Hint-Top Gun. 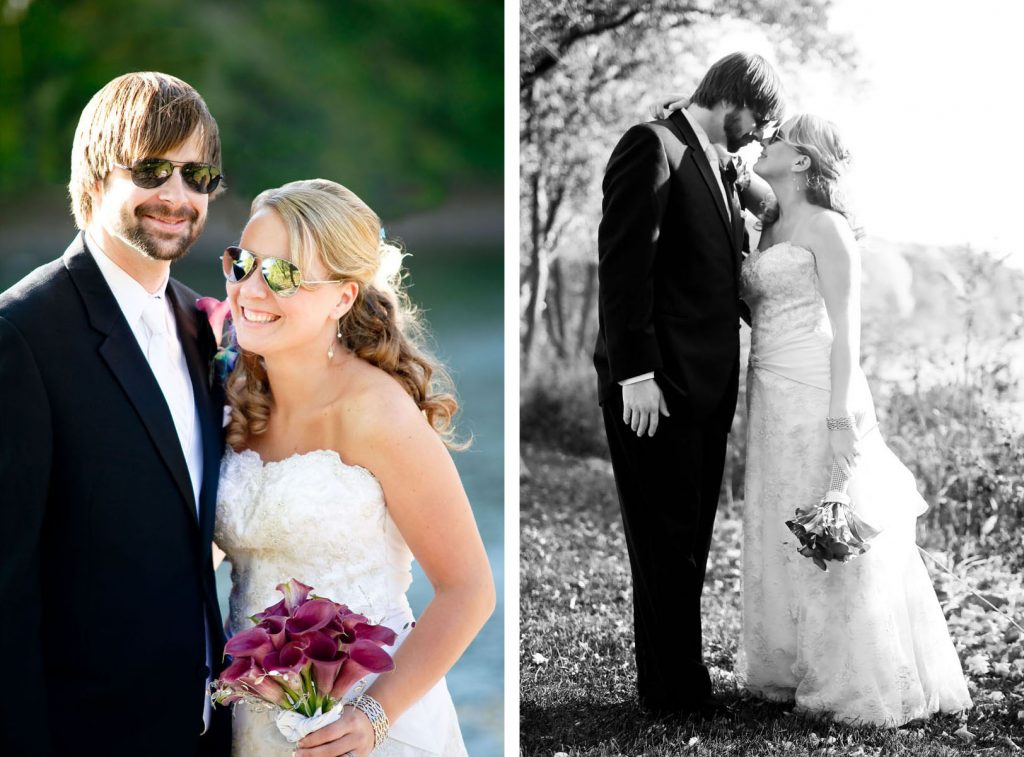 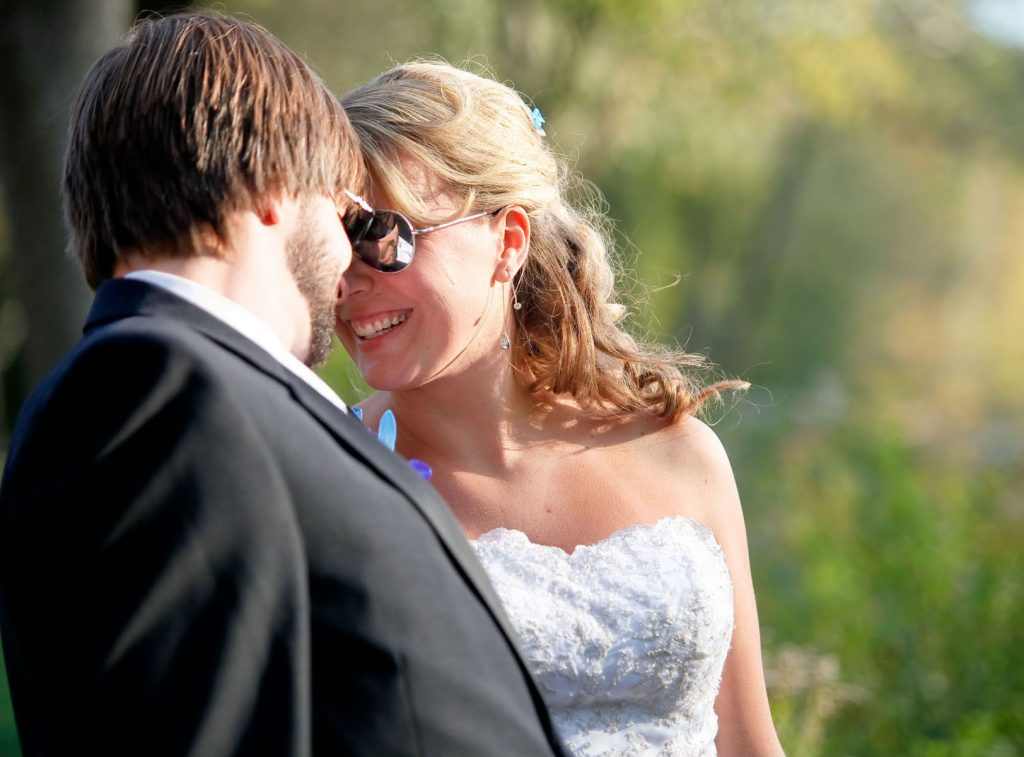 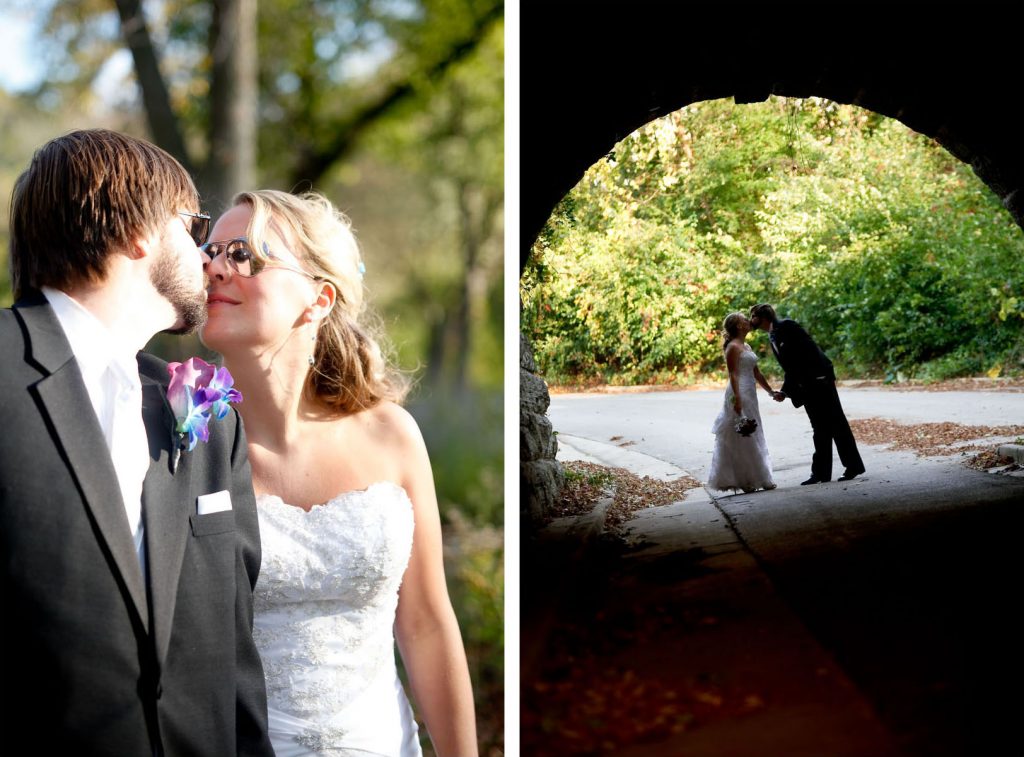 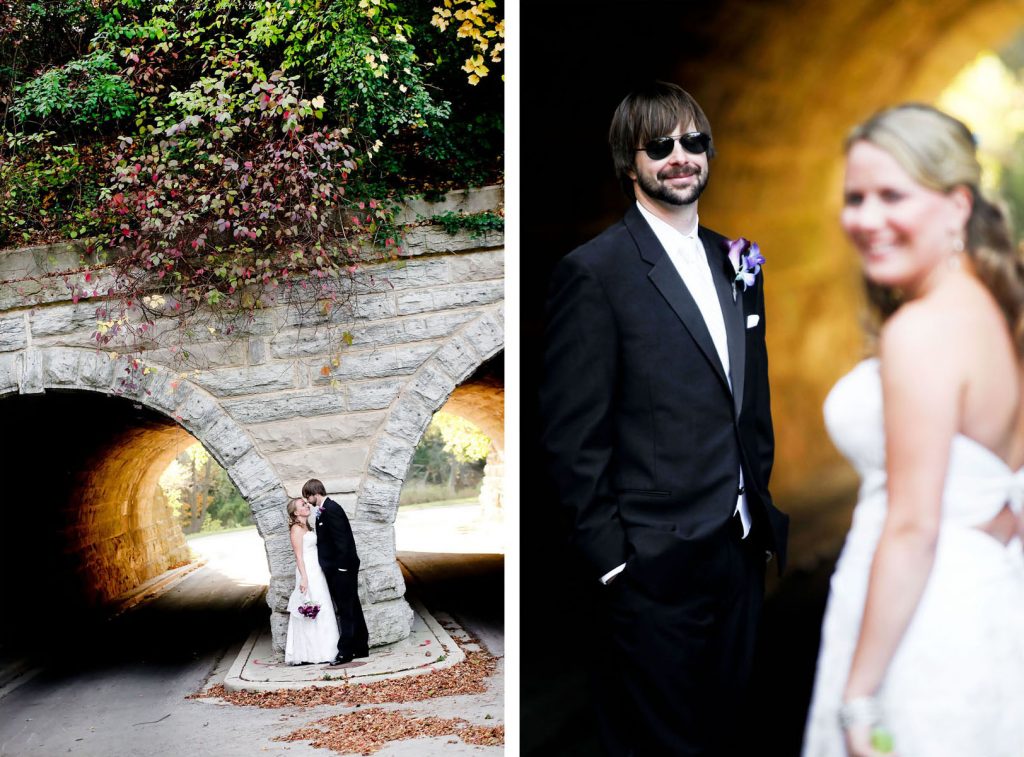 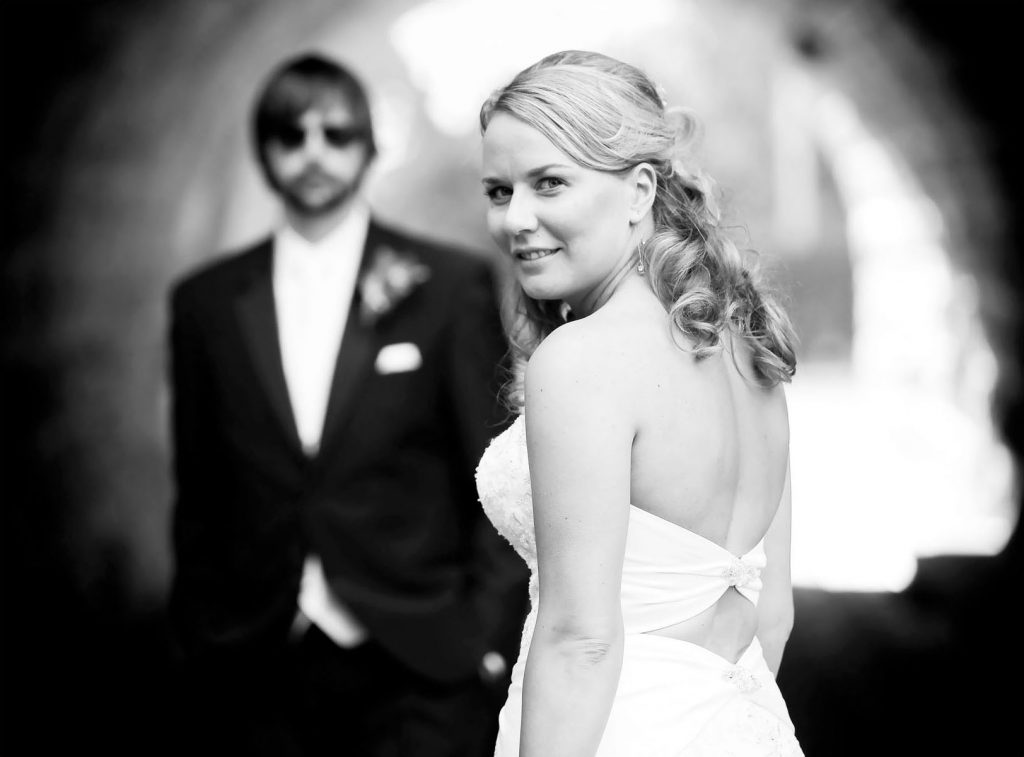 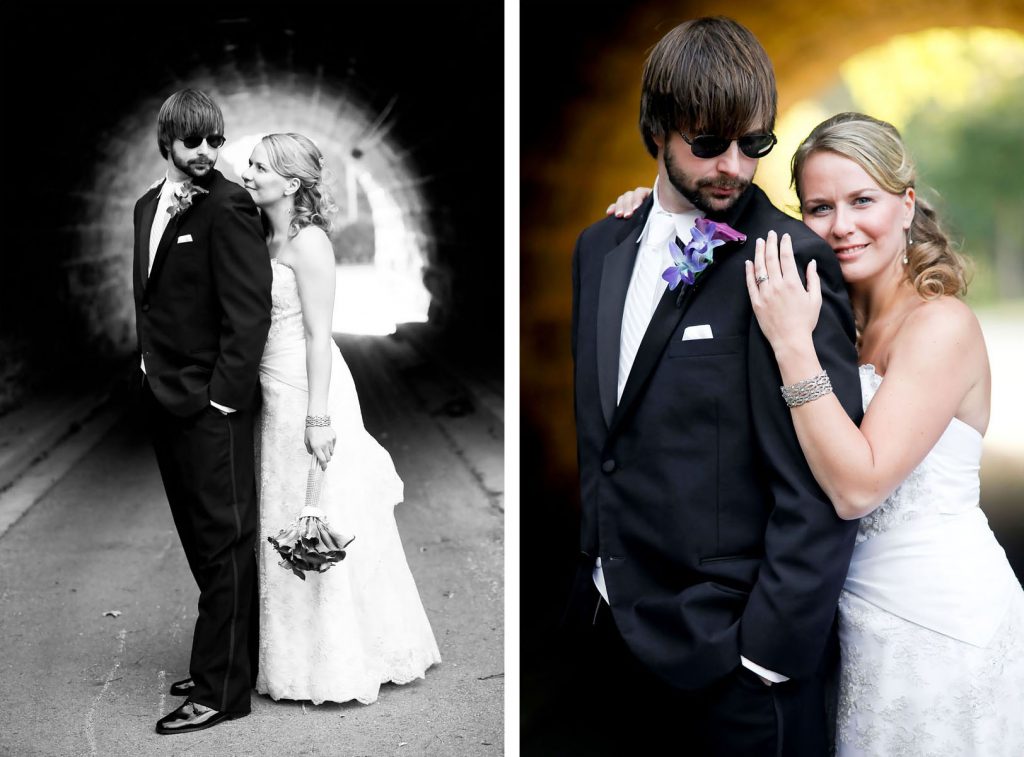 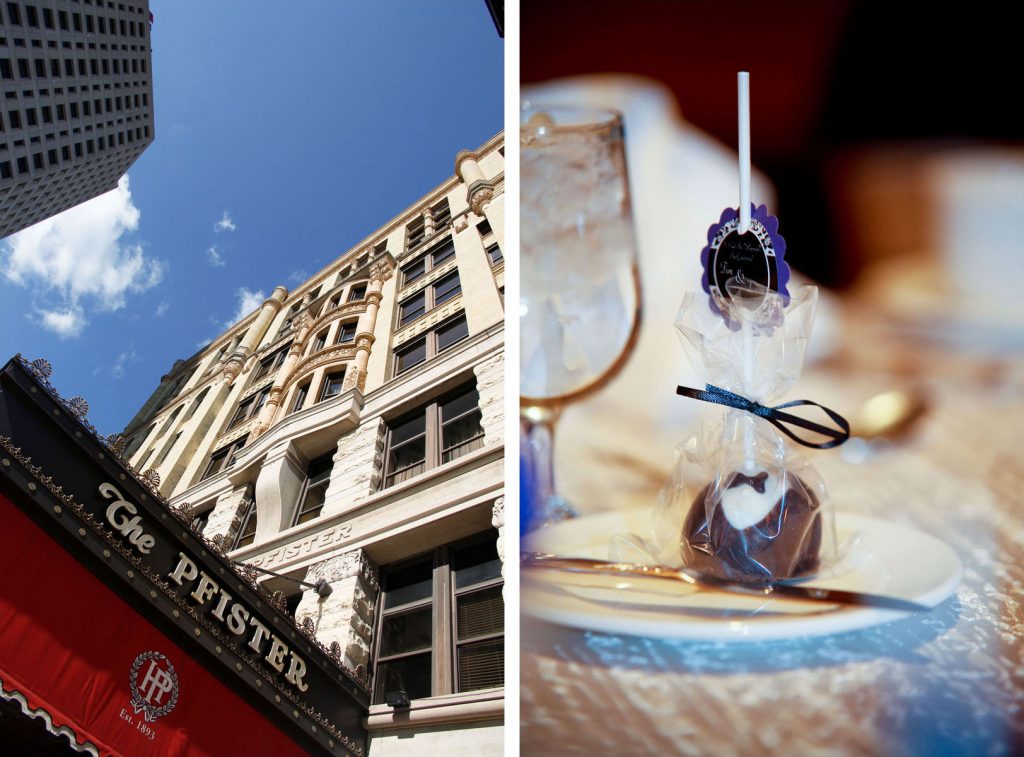 Lisa and Tim were surprised twice that evening with generous and unique gifts from the bridal party. Two arcade video game machines were a big hit, especially Police Trainer among the groomsmen. But overall the biggest surprise of the night and most popular guest was the appearance of Hot Dog, one of the Milwaukee Brewers famous racing sausages. The sausage also brought the couple a gift–a glass encased, signed baseball. Of course Hot Dog raced the room, stuck around for photos with the guests, and even danced the electric slide before saying goodnight and wishing the couple well. 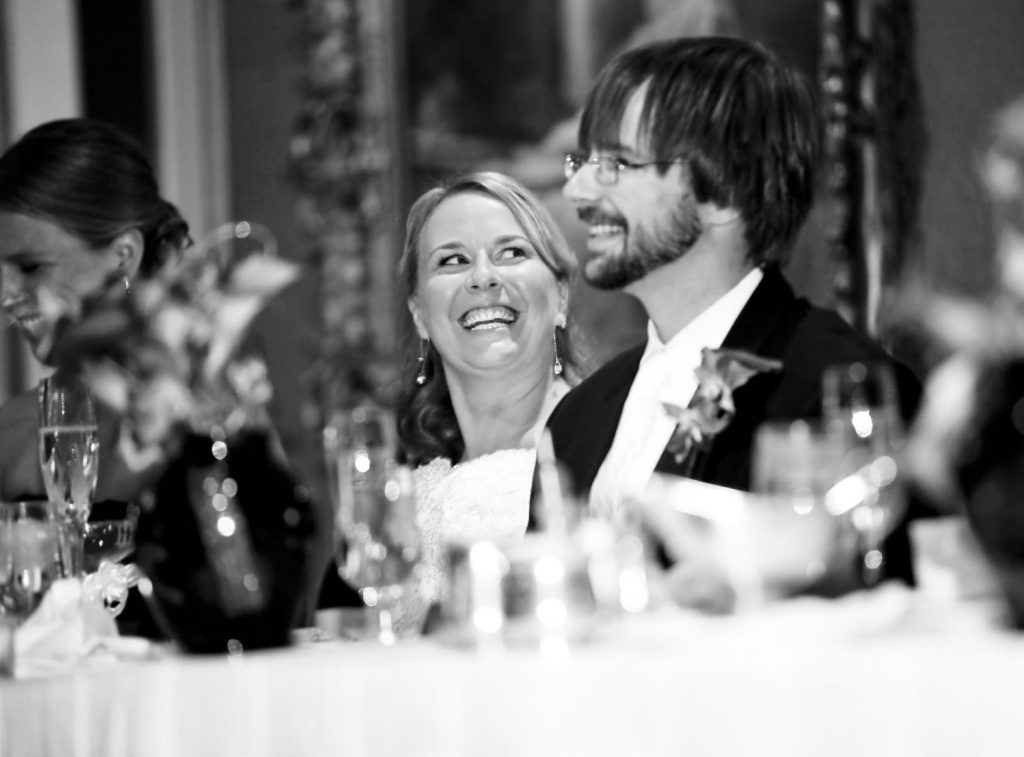 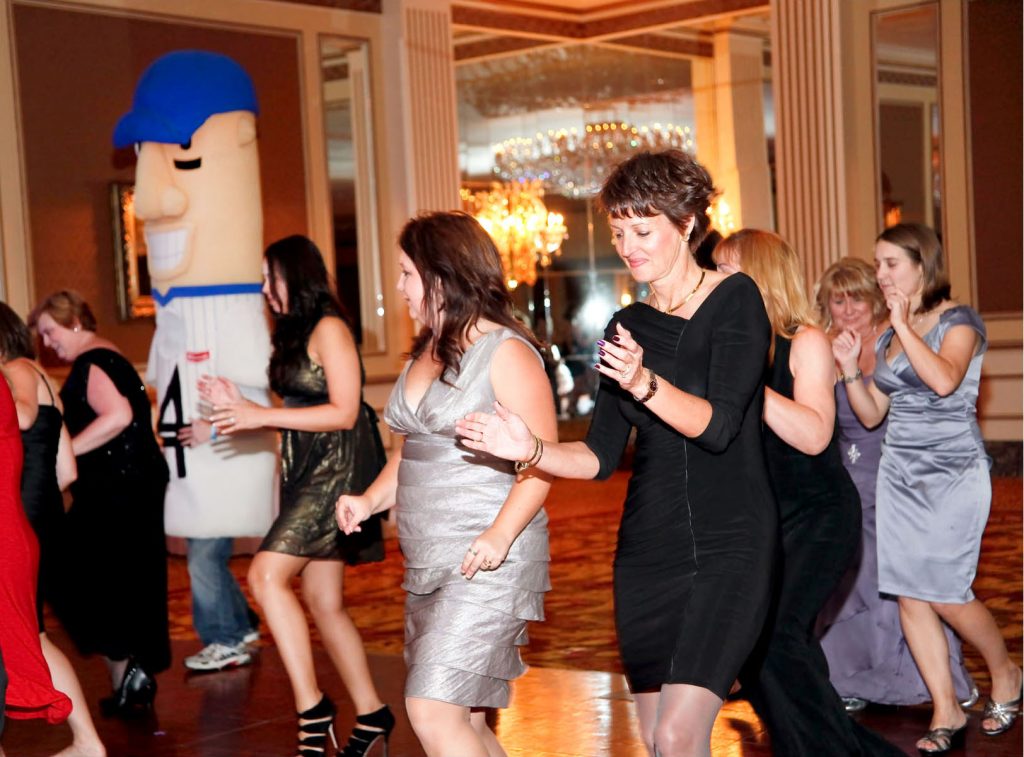 Lisa and Tim, I’m so grateful that I have gotten the chance to know you both and to share in this special day with you. I can’t thank you enough for the opportunity, and I can’t wait to capture this story in your wedding album and slideshow. Many, many happy years to you!